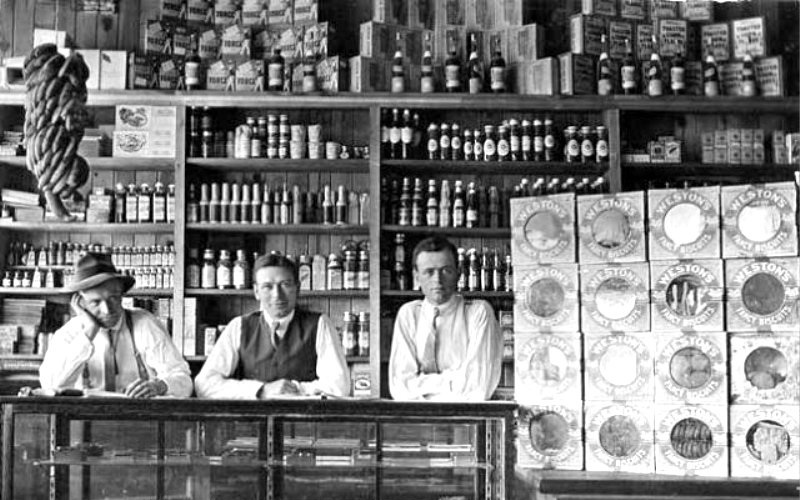 Back in the glory days of the Silver Rush, Cobalt, was the place to do business. It was the richest silver camp in the world and its richness was beyond comprehension. By 1928 the Cobalt mining camp had produced three times more in value than had the fabled Klondike Gold Rush of 1889. When production peaked in 1911, Cobalt was providing roughly one-eighth of the world’s silver and that between 1904 and 1920 Cobalt was responsible for almost 90% of Canada’s silver production.  Here are a few of the many historical Cobalt business facts.

Of the 1,300 companies that were incorporated to do business in Cobalt between 1905 and 1910 only about ten per cent ever became productive. Individuals who invested in the right mines were richly rewarded. The Nipissing Company paid dividends and bonuses of over $29 million on an original capital of $250,000, and the Kerr Lake Mining Company paid $10,500,000 in dividends on only $40,000. When the Temiskaming Mining Company ceased operation in 1920 it had paid $2,159,000 in dividends on silver mined from just eight acres of land. Some people were not always so fortunate. Shares in the Foster Mine, for example, ranged from a 1908 high of $4.37 to a 1909 low of $0.70. Imperial Bank of Canada in Cobalt

The immense profits made in Cobalt resulted in the provincial government enacting new taxation laws. Since the immense wealth torn out of the ground in Cobalt had been taken from public lands, and as the government railway supplied transportation to and from the camp, the Whitney government argued that the people should also benefit. After furious lobbying from the mining industry, including a well-attended meeting in Cobalt in February 1907 that denounced the bill, the government agreed to a tax of three per cent on profits between $10,000 and $1 million and five per cent thereafter.

The Most Notorious Cobalt Stock Fraud In the most notorious Cobalt stock fraud, Julian Hawthorne was convicted in the United States federal court of mail fraud for selling worthless shares of imaginary mines near Cobalt. Hawthorne, the son of famous novelist Nathaniel, was a well-known American writer and journalist who wrote for Cosmopolitan and the New York Journal. Despite warnings from the Canadian Mining Journal, which termed Julian the “unworthy son of worthy Nathaniel,” a “sublimated ass,” and a “pretender” whose letters turned the “mails into sewers of corruption,” the fraudsters sold between three and four million dollars in empty stocks. The trial began in New York in November 1912 and lasted seventy days. Several witnesses informed the jury that when they visited the mines they found “nothing but a hole in the ground,” or a quartz-filled crevice. Hawthorne was found guilty and sentenced to one year in the Atlanta Federal Penitentiary.

These were only a few of the many historical Cobalt business facts. This culture & history blog post has been written in July 2016 by Douglas Baldwin, a volunteer collaborator to the Destination Temiskaming blog and author of over 40 books on Canadian history. To learn more about Douglas.