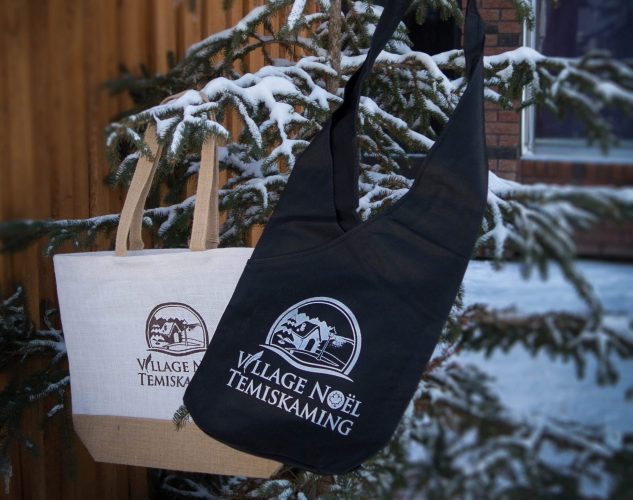 Once upon a time there was a New France Village in Northern Ontario… The Village Noël Temiskaming, a Christmas village, Nouvelle France style, shows up for three days at the end of November and then disappears.

During the night, sheltered from the view of the Temiskaming Shores’ citizens, 30 small maisonettes arise and find a place on the city’s downtown streets. At dawn, a flock of workers, wrapped in furs and woolen garments, invade the New France Village and the revival starts.

Then the artists and artisans arrive. They busily exhibit their merchandise, creations and products in the maisonettes. Then the food merchants, offering mini-tourtières, doughnuts, beans, maple taffy, fudge, and a variety of finger-licking goodies.

At one end of the village the First Nations People install their teepee according to their ancestral traditions, the Metis show off their traditional clothing as well as their craft works.

Then, the Farmers’ Market gets underway. Everyone competes to offer local products. Flavors and tastes await the consumers in a colorful and dynamic environment.

All of a sudden, the village comes alive with historic figures dressed in New France costumes. They meet and interact with the many locals and visitors who marvel and feast on all these activities.

Finally, the festive atmosphere with the singers, dancers and musicians contribute to the ‘joie de vivre’ in the Village Noël Temiskaming.

Visitors are invited, among other activities, to the ax throwing and the tug of war contests. One can also learn snowshoeing. Yes, it is possible! And if it is too cold, the exterior fire pits provide warmth while sipping a hot chocolate.

For toddlers and young at heart, there are traditional games, alpacas petting, getaways on haystacks, stories telling by elders and on Saturday St-Nicholas’ visit.

Notice to visitors: fur coats, woolen garments and fur boots are most appropriate for the occasion.

…and after three days of gathering, celebrations, adventures and ‘joie de vivre‘, the Village Noël Temiskaming disappears only to come back a year later in November. 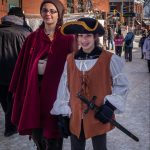 Street animation with the cavaliers 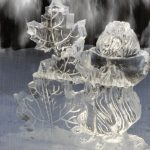 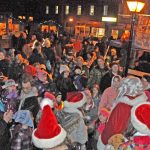 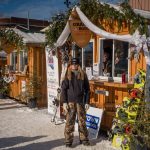 About the Village Noël Temiskaming

This events & festivals blog post has been written in May 2016 by Réjeanne Belisle-Massie, a volunteer collaborator to the Destination Temiskaming blog and …. To learn more about Réjeanne.

This blog post was translated from it’s original French version.